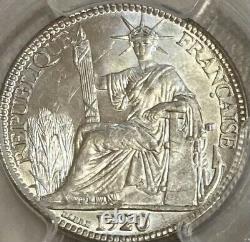 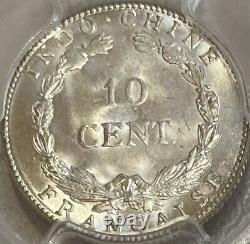 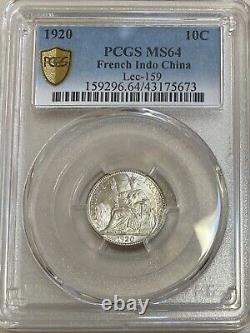 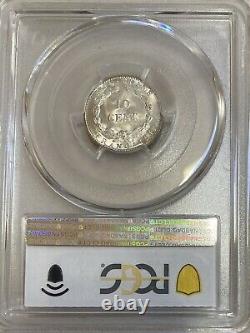 Lustrous, well struck, French Indo-China 1920 10 Centimes, graded PCGS MS64. Despite its mintage of 10 million pieces, this date is difficult to find, because most of those struck were withdrawn from circulation and destroyed.

Destined to be a highlight of a registry set of French Indo-Chinese 10 Centimes. The item "French Indo-China 1920 10 Centimes Cents PCGS MS64 Lustrous! RRRare" is in sale since Wednesday, October 20, 2021. This item is in the category "Coins & Paper Money\Coins\ World\Asia\Vietnam".

The seller is "rosswb" and is located in Vienna, Virginia. This item can be shipped worldwide.